Third-Eye Theology has 10 ratings and 2 reviews. E. said: A marvelous exploration of theology from an East Asian perspective. Song insists that Christian. Tell Us Our Names: Story Theology from an Asian Perspective Jul 07, by C.S. Song · Paperback. $$ Available to ship in days. More Buying . In the beginning were stories, not texts: story theology by Choan-Seng Song() 12 editions published between and in English and held by 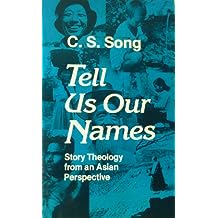 Most widely held works by Choan-Seng Song. The accommodation of Asian religious terminologies and concepts is possible as long as the biblical meaning is included.

Yet there is a question of where to draw the line between syncretism and accomodation. In the beginning were stories, not texts: Writers, painters, sculptors, artists, and indeed, people of all walks of life live by the telling of their stories.

Stories are the most basic mode of human communication. Thus it is vital to cgoan why Christians and above all Christian theologians so often fail to express their faith in terms of story. 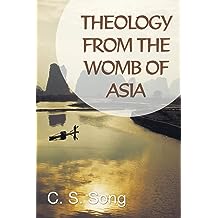 The vast majority of the Hebrew Scriptures, for example, consists of stories. Jesus proclaimed and taught about the Reign of God through stories and parables.

Through stories, both biblical and non-biblical, this book shows how we might reimagine the task of Christian theology in the life of faith today. At its heart is the conviction srng in the beginning there were stories and that, in sent end and indeed, beyond the end, are stories, not texts, ideas, and concepts. The compassionate God by Choan-Seng Song Book 14 editions published between and in English and held by WorldCat member libraries worldwide.

Theology from the womb of Asia by Choan-Seng Song Book 13 editions published between and in English and Chinese and held by WorldCat member libraries worldwide.

Tell us our names: The tears of Lady Meng: Song tells a charming story of long ago and then proceeds to draw some not-so-charming implications for what it means in our time. The ‘safe’ tale turns out to have devastating impact on what we thought was our own secure world. Scripture, tears, prophetic insight, social analysis, politics, hope — all of them are incorporated in this deceptively small package.

Jesus, the crucified people by Cohan Song Book 16 editions published between and in 4 languages and held by WorldCat member libraries worldwide.

Jesus and the reign of God by Choan-Seng Song Book 10 editions published between and in Chinese and English and held by WorldCat member libraries worldwide God is the story of Jesus, and Jesus is the story of the people. Jesus and the Reign of God is a powerful and compelling evocation of the vision and reality of God’s reign and its possibilities for the “transfiguration of life” in faith.

Song’s search for a “vision of life in God,” inaugurated in his previous volume, Jesus, the Crucified People, takes him from ancient Egypt and China to modern Singapore, from Gethsemane to Tiananmen Square and always pulls him back to the Gospel stories. In its earnest and intense quest for religious integrity in a world no longer dominated or defined by Christianity, Song’s theology is a startling rebuke to Christologies centered either in historical-critical searches or church doctrines.

For him theology is the biography of God, and Jesus’ message of God’s reign is evident in the densely packed histories of strangers and outcasts: Jesus in the power of the Spirit by Choan-Seng Song Book 9 editions published between and in English and Chinese and held by WorldCat member libraries worldwide The pioneer of contextual theology concludes his trilogy on the person and message of Jesus with a profound meditation on the significance of Jesus for a post-Christian world.

Probing and exploding the distortions of a religion too-long married to Western culture, Song finds Christians in the Third World who “are discovering that Jesus full of grace In conversation with them and with Song, we are compelled — as was Jesus — by the Spirit to cross the frontiers of truth.

Christian mission in reconstruction–an Asian analysis by Choan-Seng Song Book 12 editions published between and in English and Korean and held by WorldCat member libraries worldwide.

Tracing the footsteps of God: Song begins with the conviction that God is at work in our lives and our world, often in ways we hardly perceive.

Interrogating our own experience in the light of the Gospel is, for him, the heart of theology. In this volume Professor Song engages nine perennial and perplexing questions of faith, leading the reader on a journey of exploration tracing the footsteps of God semg a religiously plural postmodern world. And their eyes are opened: Doing theology today Book 8 editions published in in English and held by 83 WorldCat member libraries worldwide.